"As you can see behind me, he has several breathing machines that he has to use every single day. He has to sleep with it, if he doesn't he could pass away," said Tara Rhodes, Carter's mother.

The Rhodes family travels mainly outside of Southwest Florida for Carter's medical treatment to places like Orlando, Maryland, and Philadelphia, where Carter gets spinal surgery twice a year. 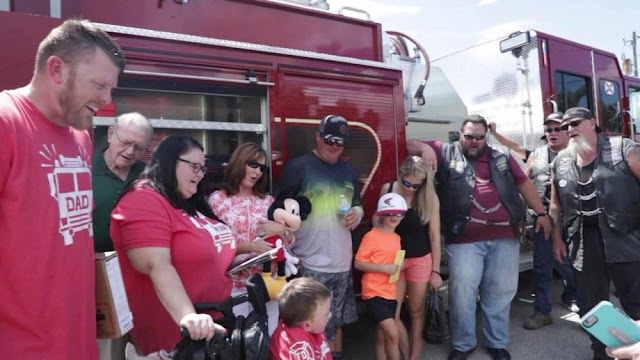 Medical bills on top of these travel expenses can get expensive, so groups like Ronin Riding Club, a local motorcycle club in Lee County, tries to help out.

Tara says the money they raise helps to cover most of the costs when they travel.

"Able to pay for our airfare, pay for our food, and the transportation while we're there from the airport to the hospital… but they've really been there since day one of him having surgeries," she said.

For his birthday, Ronin gave Carter a year-round family pass to Disneyworld and a new laptop. Another motorcycle group called Rebel Riders Club raised over $1,300 for Carter presenting it to him with a check.


Most of the riders tell me they just enjoy being around Carter.

"It's astounding to see his personality… he's always got a smile on his face, and he never lets anything get him down," said Wood, the national director of Ronin Riding Club.

Even though Carter was the one opening presents, family and friends say Carter is the best present of all.

"Cause they love Carter. His personality is infectious," Tara said.

To donate to Carter's cause, visit their Facebook or GoFundMe page.