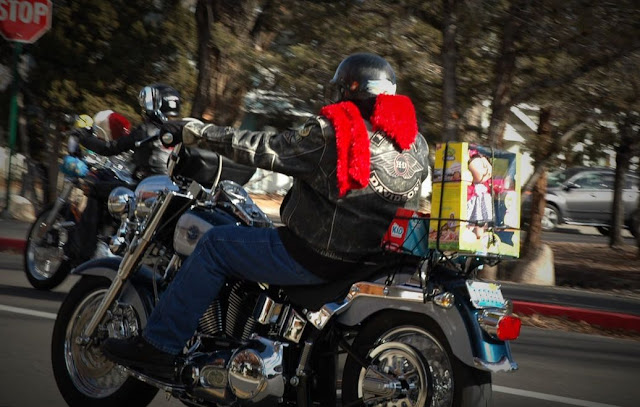 Photo from the Reno Toy Run

Bikers of all types unite to help Santa out a bit for a lot of Kids in Northern Nevada who might otherwise not have a Christmas. Last year the group donated more than $26,000 to local children’s and veterans groups, and collected more than 5,000 toys.

This is an all-volunteer charity event with many local partners that assure every ticket sold 100% goes directly to charity. There are also toy barrels at businesses. The group serves the greater Northern Nevada community including The Children’s Cabinet, Foster Care, Reno family Homeless Shelter, The Virginia City Community Chest, Fernley and more. More information at the Reno Toy Run website.

Colfax, La. USA (November 17, 2018) -- The Christmas season kicked off in Grant Parish on Saturday with a stop from the bikers participating in the Megan and Curtis Toy Run. The annual event involves motorcyclists across Central and North Louisiana teaming up to deliver toys for the holiday. 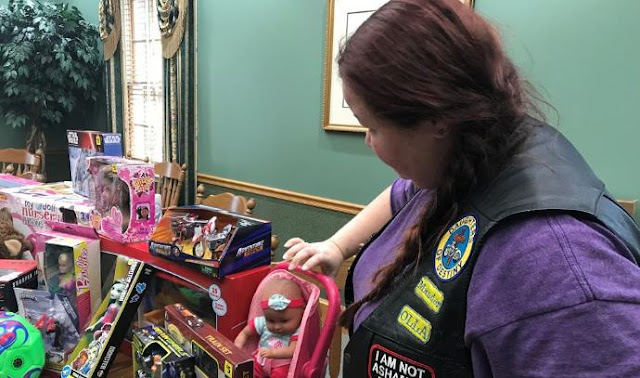 Some of the many toys donated

In order to ride they must bring a toy for a boy and a girl for each of the five stops. Those include, Olla, Urania, Grayson, Winnfield, and the Sheriff's Office in Colfax. The gifts will be used to give to children in those communities who are need. Specifically in Grant Parish, they will be used during the annual toy drive which happens a few days before Christmas.

Both Sheriff Steve McCain, and the President of the Olla Chapter of the Circuit Riders, Lee Bratton, said it's humbling to be a part of this event. "They bring toys, it's like Santa Claus on motorcycles that show up,” laughed Sheriff McCain. “And because of their help last year we were able to help more than 250 children have a better Christmas, so they're a huge part of our annual program so we can't thank them enough."


"We're called to be servants, and that's what we're trying to do,” expressed Bratton. “We're trying to help others that may not, under their own finance, be able to provide for their families on Christmas.

So it's just the season of giving, and that's what we're trying to do. Brighten the kids’ day." Of course, it's not an event with the Grant Parish Sheriff's Office without some good food. Lunch was provided for the riders, and the riders even gave back to Sheriff McCain with a homemade plaque.

Mustang, Oklahoma, USA  (November 16, 2018) -- A Mustang boy was having a tough time at school with bullies, until some even tougher bikers showed up to let him know it’s OK to be himself. A few dozen bikers rode to the 11-year-old’s school, met up with him in front of all the other kids and gave him a ride home. 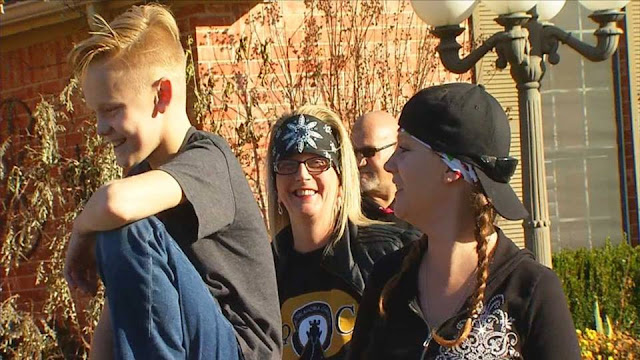 This case of bullying hits extra close to these bikers’ hearts. John McBride is bullied because he likes to wear a leather biker jacket.

"A lot of people were saying, ‘Hey, do you think you're some big biker?’ And they were just making a lot of fun of me,” said John. After he saw the bikes, the leather jackets just like his and the people that were there for him, he said, “To get picked up. And that this is just so cool, that I have people that can care for me enough to have this all happen.”

"When we heard this story, little kid like that, you know we gotta [sic] step up,” said Kevin Blake with Ride Oklahoma Charities.

“Do what we gotta [sic] do. Show love and support for these people,” continued Blake.

John’s mother was left speechless by the support.

“This is really awesome, huh? This is something else. It's a beautiful thing. Beautiful people,” Laura Moon said choking back tears.

"His whole life he's never been afraid to be himself. So, I was kinda [sic] struck when he said that he was being bullied, and that it actually bothered him. And he wanted a new coat. But I think we changed his mind. I think he decided to stay himself, which is awesome. Couldn't get any better,” said Moon.

"This didn't make his day. It made his year,” said Blake.

“He's going to be a whole different person after today. He knows he has people behind him supporting him,” he said.

News 9 asked John what the jacket means to him now.

“It means I'm a big biker that can have friends always by my side,” he answered.

Email ThisBlogThis!Share to TwitterShare to FacebookShare to Pinterest
Labels: Bullied

Bikers in Alabama collect toys for kids for the holidays 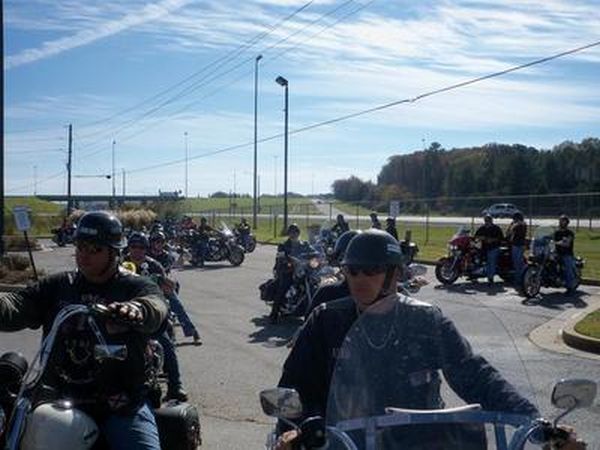 "To make a kid smile on Christmas it feels great. It's what we've been doing for years," said Big Skinny, a member of Saints MC who has been doing the ride for 25 years. This year, he strapped Hot Wheels and dolls to his bike, which he delivered along with other riders to Christmas Charities Year Round, a Madison-based group that helps less fortunate kids and their families.

"Christmas Charities will bring a truck to our next stop and everyone will walk up and give them their toys," he said. "We've been doing this for 40 years." Brutus Leewright is also a member of the Saints MC. "We do pretty well. We get a lot of support from other clubs and other people," he said. "It's a worthy cause."


After a moment of prayer, riders put on their helmets, secured their toys, and headed to Shagnasty's in Huntsville to drop off the toys, using their passion to ride for an opportunity to help others. "There's a lot of children that don't have much for Christmas," said Brutus. "Times are hard for some people. We try to help out where we can." It's a small act of kindness that's making Christmas possible for families in Madison County. Saints MC sponsored the Toy Run. Christmas Charities Year Round accepts donations all year long.