Slinger, Wisconsin, USA (July 15, 2018) -- After only a few friends RSVPed to a birthday party for a boy with autism, his heartbroken mother took to social media. A huge surprise was waiting for 10-year-old Thomas Karna at Slinger Community Park on Sunday morning, July 15. "I just feel... I feel like I'm famous," said Thomas Karna 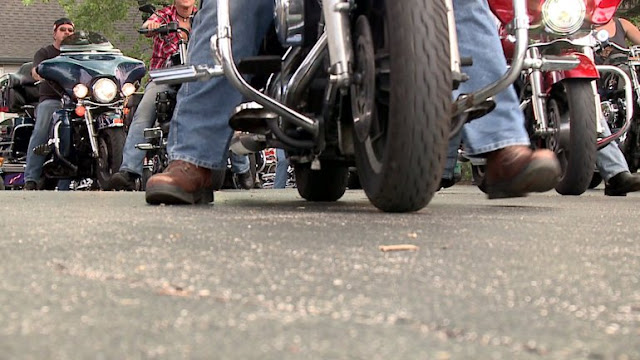 Hundreds of bikers traveled to Slinger with presents, balloons and cake to help Thomas celebrate 'double digits.' "Through that media, this is what happened," said Julie Banaszak, biker. "When the fellow biker calls, we just show up," said Tammy Rosman, biker. Before school let out for the summer, Karna's mom sent out 70 birthday party invitations to her son's classmates.


Only three RSVPed. "My son's autistic, and I guess it broke my heart," said Paul Inzeo, biker who attended Thomas' party. "He's just like any other kid -- and he should be treated the same," said Banaszak.Karna's mother's best friend, Stephanie Lovejoy, started a Facebook event, simply asking a few bikers to surprise Thomas on his birthday -- as he loves motorcycles. 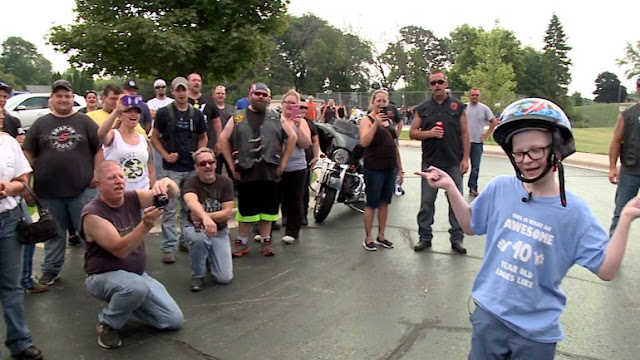 His stomach and intestines had migrated into his chest, requiring a lengthy hospital stay as a newborn. "He's a fighter. He's been a tough cookie since before he was born," said Maranda Karna. "He's become a young man that even I'm amazed by every day.""So amazing to know that all these people came here for me -- to celebrate me," said Thomas Karna.

The icing on the cake for Thomas was a ride with his dad, and hundreds of his newest friends."Thomas was right there in the lead!" said Stephanie Lovejoy, who helped organize the party. It was certainly a birthday Thomas will never forget.